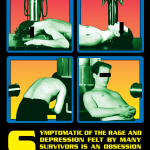 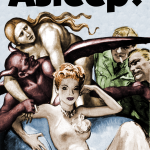 The Archons Plan the Rape of Eve

When Adam came to life, the Rulers panicked as they realized that the creature they had created was becoming too clever for them to manipulate:

“The body moved, and became powerful. And it was enlightened.

At once the rest of the powers became jealous. Although Adam had come into being through all of them, and they had given their power to this human, yet Adam was more intelligent than the creators and the first Ruler.”1

Moving quickly to regain control of the creative process, Yaldabaoth and his angels decided to knock Adam unconscious, rape Eve, and then alter Adam’s memories so that he would believe she had been created from his rib:

“When they saw Eve speaking with him, they said to one another, “What is this female light-being? For truly she is like the likeness which appeared to us in the light. Now come, let us seize her and let us cast our seed on her, so that when she is polluted she will not be able to ascend to her light, but those whom she will beget will serve us.

But let us not tell Adam that she is not derived from us, but let us bring a stupor upon him, and… teach him in his sleep as though she came into being from his rib so that [she] will serve and he will rule over her.”2

Unlike the neurotic who suffers inwardly without troubling others, “plaguey” people deal with their emotional upset by attempting to control its source, the behavior of others, which stirs up in them an intense longing for living the natural life that […]

The criminal virus controls by occluding (putting us in a sort of half sleep) so that we do not see the living quality of this world, but see it as inert. Man reduced to automaton. The occlusion is self-perpetuating; it […]

…evil is quite literally a virus parasite occupying a certain brain area which we may term the RIGHT center. The mark of a basic shit is that he has to be right. And right here we must make a distinction […]