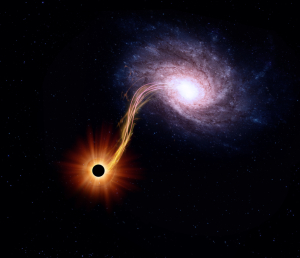 The Rulers of the Darkness creating the Earth

As sung in our secret underground crime-fighting lab

On account of the reality of the Rulers, inspired by the Spirit of the Father of Truth, the great apostle (referring to the “Rulers of the Darkness”) told us that “our contest is not against flesh and blood, rather, the Rulers of the universe and the spirits of wickedness.” [Eph. 6:12]

I have sent you this because you inquire about the reality of the Rulers. Their chief is blind; because of his Power and his ignorance and his arrogance he said, with his Power, “It is I who am God; there is none apart from me.”

When he said this, he sinned against the [Entirety]. And this speech got up to Incorruptibility; then there was a voice that came forth from Incorruptibility saying, “You are mistaken, Samael” (that is, ” god of the blind.”)

His thoughts became blind. And, having expelled his Power (that is, the blasphemy he had spoken) he pursued it down to Chaos and the Abyss (his mother) at the instigation of Pistis Sophia.

And she established each of his offspring in conformity with its power – after the pattern of the realms that are above, for by starting from the invisible world the visible world was invented.1

Obviously the rationalistic approach to reality is one-sided: the principles of time, space and causality should be supplemented by the principle of synchronicity. And this means that both the absurd world of the unconscious within and the absurd nonsense of the world outside is pervaded by a mysterious and awe-inspiring Sense. Old-fashioned people would call…

…after decades of hunting, Torrey and his colleagues think they have finally found the infectious agent. You might call it an insanity virus. If Torrey is right, the culprit that triggers a lifetime of hallucinations… is a virus that all of us carry in our bodies. “Some people laugh about the infection hypothesis,” says Urs Meyer,…

If aliens were to swoop in from outer space and squeeze a human down to see what we’re made of, they would come to the conclusion that cell for cell, we’re mostly bacteria. In fact, single-celled organisms—mostly bacteria—outnumber our own cells 10 to one, and most of them make their home in the gut. The…

Perhaps the visions that we see are mere epi-phenomena, no more than our unconscious selves and our present culture desperately seeking a way to comprehend these alien intruders within our minds – psychic invaders from across the universe. If so, then are they probing for information, extracting data from us or taking genetic codes [?]…

I like nonsense, it wakes up the brain cells… it’s a way of looking at life through the wrong end of a telescope.

Life is a whim of several billion cells to be you for a while.