The Tree of Laws 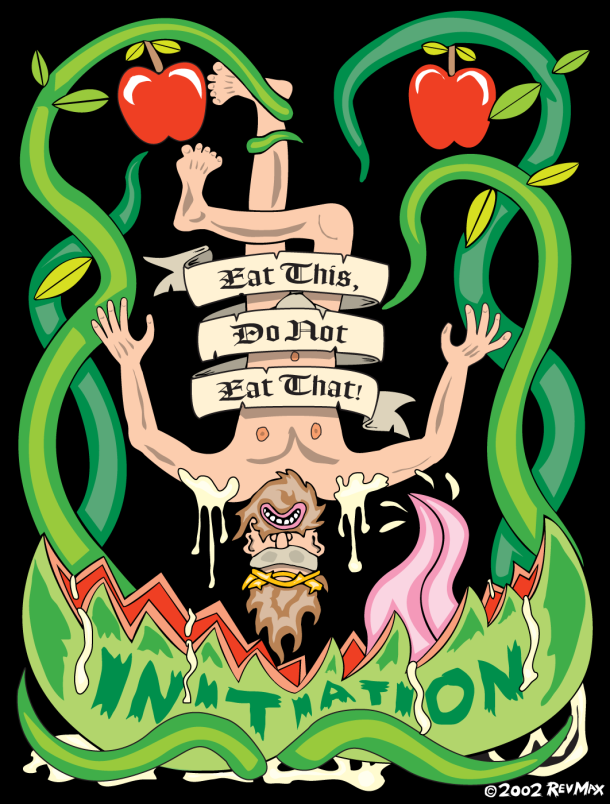 The Tree of Laws

The “Tree of Knowledge” was not a positive symbol for all gnostics but instead underwent numerous revisionist interpretations, sometimes several times within the same text; according to one passage in the Gospel of Philip, the “fall” occurred when Adam’s consciousness was turned against itself in a double-bind, crippling his ability to exercise his free will:

“God planted a Garden. Man was put into the Garden. There were many trees there for him, and man lived in this place with the blessing and in the image of God. The things which are in it I will eat as I wish. This garden is the place where they will say to me, “O man, eat this or do not eat that, just as you wish.” This is the place where I will eat all things, since the Tree of Knowledge is there. That one killed Adam, but here the Tree of Knowledge made men alive.

The law was the tree. It has power to give the knowledge of good and evil. It neither removed him from evil, nor did it set him in the good, but it created death for those who ate of it. For when he said, “Eat this, do not eat that,” it became the beginning of death.”1

The issue for fundamentalism is how to get people to obey absolute rules that cannot be obeyed absolutely. There is…

Once upon a time there was a man who strayed from his own country into the world known as the Land of Fools. He soon saw a number of people flying in terror from a field where they had been trying to reap wheat. “There is a monster in that field,” they told him. He looked, and saw that the “monster” was merely a watermelon.

He offered to kill the “monster” for them. When he had cut the melon from its stalk, he took a slice and began to eat it. The people became even more terrified of him than they had been of the melon. They drove him away with pitchforks, crying, “He will kill us next, unless we get rid of him.”

It so happened that shortly afterward another man also strayed into the Land of Fools. But instead of offering to help the people with the “monster,” he agreed with them that it must be dangerous, and by tiptoeing away from it with them he gained their confidence. He spent a long time with them in their homes until he could teach them, little by little, the basic facts which would enable them not only to lose their fear of melons, but eventually to cultivate melons themselves.