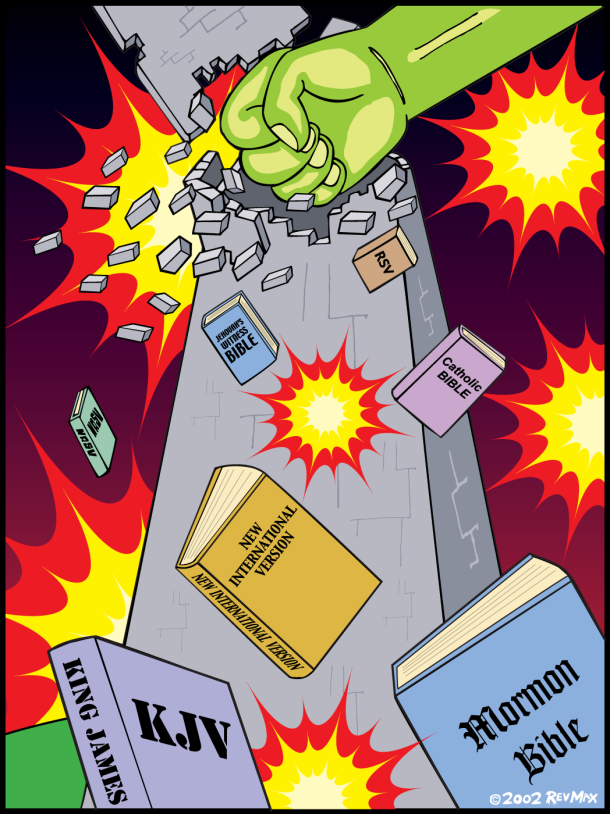 Gnostic retellings of Genesis typically wrestle with “problem” passages which seem to anthropomorphize God or assign limits to his omniscience and omnipotence.

Perhaps this is why the ancient gnostics made scarcely any attempt (with one isolated exception) to retell the “Tower of Babel” story; the canonical account itself describes the Demiurge’s violent petulance with such matter-of-fact straightforwardness that any further commentary (esoteric or otherwise) must almost have seemed unnecessary.

“Now the whole world had one language and a common speech. As people moved eastward, they found a plain in Shinar and settled there.

They said to each other, “Come, let us make bricks and bake them thoroughly.” They used brick instead of stone, and tar for mortar. Then they said, “Come, let us build ourselves a city, with a tower that reaches to the heavens, so that we may make a name for ourselves; otherwise we will be scattered over the face of the whole earth.”

But the Lord came down to see the city and the tower the people were building. The LORD said, “If as one people speaking the same language they have begun to do this, then nothing they plan to do will be impossible for them. Come, let us go down and confuse their language so they will not understand each other.

Deconstruction and the Bible

To deconstruct is to take apart something that had previously been constructed by somebody for some purpose…. It is thereby…

In 2003 the Arts Council for England paid £2,000 for a real-life test… involving… macaques, but the trial was abandoned……

The Stoned Ape Theory of Language

The Bible is such a gargantuan collection of conflicting values that anyone can prove anything from it.

The Bible is a mass of fables and traditions, mere mythology.

One may as well preach a respectable mythology as anything else.

All Bibles are man-made.