Origin of the Seven Archons 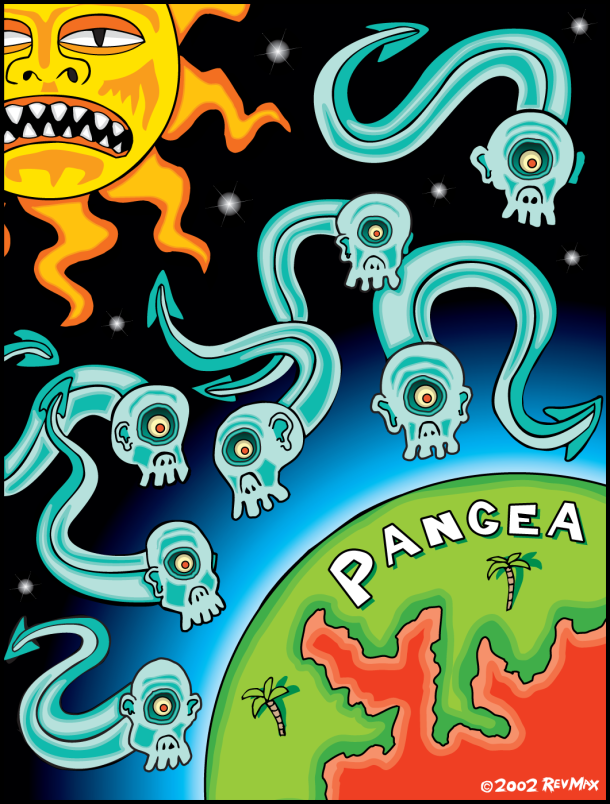 Fleeing Sophia’s presence, Yaldabaoth/Yahweh used the divine energy he had stolen from her to create offspring of his own:

“Yaldabaoth is the first ruler, who took great power from his Mother. Then he left her and moved away from the realms where he was born. He was strong, and created for himself other realms by means of a bright flame of fire that still exists. He mated with the Mindlessness that is in him, and produced his own Authorities.”1

These “Authorities” were the archons, seven animal-headed angels who help Yaldabaoth govern our solar system; in a shocking parody of the traditional view, these sinister beings were sometimes identified by divine names normally used for the Old Testament creator god.

“The names of glory of those who rule over the seven heavens are these:

This is the Seven of the week; these are the ones who govern the world.”2

The ancient gnostics identified the seven archons with the seven visible planets; together these wicked archons ruled over the “hebdomad,” a multi-layered network of prison walls with the Earth at its core.

We recall the earlier example of a single bacterium, which divides so frequently that it eventually outweighs the planet earth.…

The DNA molecule is a marvel of microminiaturization. All of the DNA in every cell of every living creature on…

…this is not the product of an alien culture from a nearby star, here to explore our solar system. Instead…

Having dispatched copies of itself, a probe would begin to explore the star system in which it found itself. It…

Only the most acute and active animals are capable of boredom. – A theme for a great poet would be God’s boredom on the seventh day of creation.

It is impossible to imagine the universe run by a wise, just and omnipotent God, but it is quite easy to imagine it run by a board of gods. If such a board actually exists it operates precisely like the board of a corporation that is losing money.