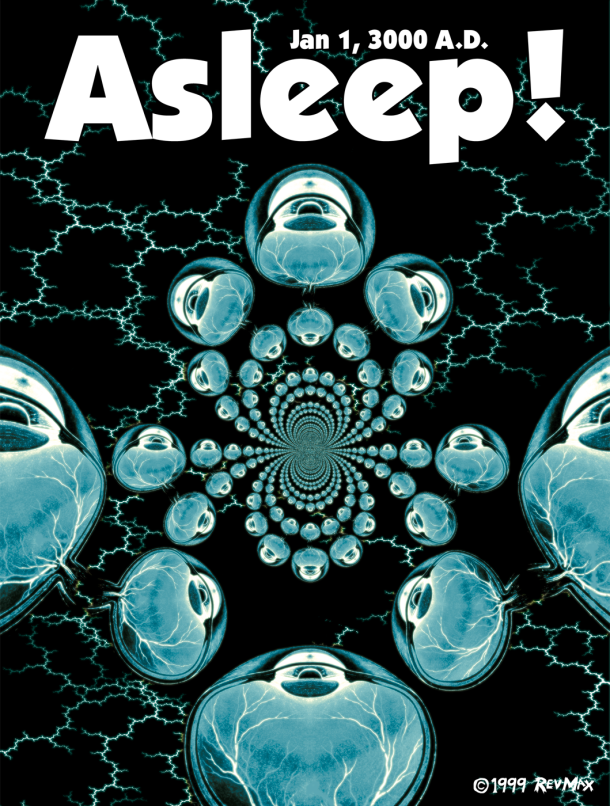 Before the material world existed, the divine world was created, erupting from the ecstatic union of Sophia (the world soul) and Christ (Divine Mind).

The universe they made together exists outside of time as a realm of infinite possibility and endless exploration, fluid and ever-changing, a hyperspace of pure thought:

“Now Immortal Man revealed Aeons and powers and kingdoms and gave authority to everyone who appeared from him to make whatever they desire until the days that are above chaos. For these consented with each other and revealed every magnificence, even from spirit, multitudinous lights that are glorious and without number.”1

The world of the Aeons is neither distant nor invisible but interpenetrates and surrounds our own, hidden only by the trance of ordinary waking consciousness:

“They were all eternal Lights, perfect because they were perfected individually. I saw corresponding to each one of the Aeons a living earth, a living water, air made of light and a fire that cannot burn, because all of them are simple and immutable, simple and eternal living beings… imperishable fruit, living men and every species, immortal souls… true gods, angels existing in great glory, an indissoluable body, an unborn birth and an immovable perception. Also there was the one who suffers, although he is unable to suffer, for he was a power of a power”2

In the gnostic view, the world we live in obscures this divine reality, although we always remain connected to it; through millions of incarnations, across space and time, from one universe to another, some silent, small part of us always remembers when everything was still just a thought:

“Jesus said, “When you see a likeness of yourself, you are happy. But when you see your images that came into being before you, and that neither die nor become visible, how much you will be able to tolerate!”3

Bohm believes that… space and time might actually be derived from an even deeper level of objective reality… [called] the Implicate Order [which]… endlessly enfolds and unfolds into infinite dimensionality. Within this milieu there are independent sub-totalities (such as physical elements and human entities) with relative autonomy. The layers of the Implicate Order can go deeper and deeper to…

Reprint of an article originally published in New Dawn Magazine #100, expanded and revised with original illustrations. Was the Earth colonized by extraterrestrial scientists?

The mind can make substance, and people planets of its own with beings brighter than have been, and give a breath to forms which can outlive all flesh.

All human beings are also dream beings. Dreaming ties all mankind together.

In our natural state, we are glorious beings. In the world of illusion, we are lost and imprisoned, slaves to our appetites and our will to false power.