The Demiurge and Disorder 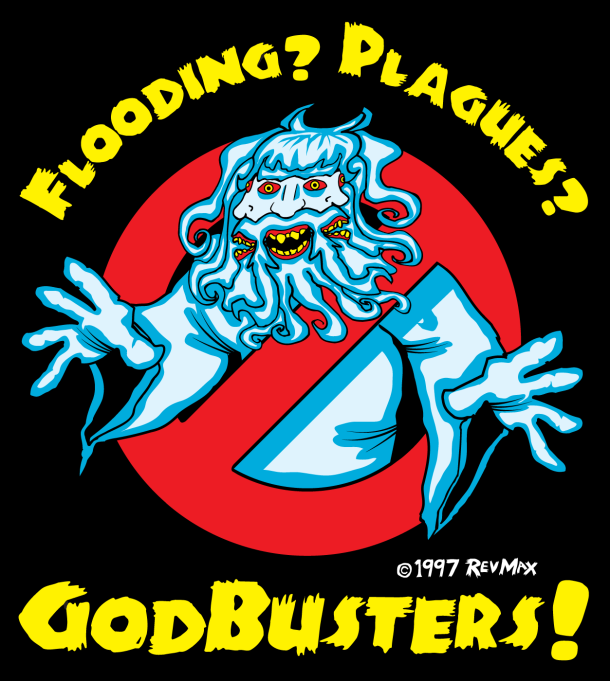 "This gloomy ruler has three names: The first name is Yaldabaoth (child of the void). The second is Saklas (the fool). The third is Samael (god of the blind). He is wicked because of the Mindlessness that is in him. For he said, 'I am God, and there is no other God besides me,' since he did not know from where his own strength had come." ”Hypostasis of the Archons.” The Other Bible. Ed. Willis Barnstone. Harper San Francisco, 1984. 79.

The Biblical creator god’s greatest flaw is his ignorance – he literally does not understand where he came from. The Demiurge’s limited awareness made him the target of many cruel jokes in the gnostic scriptures, not least of which were the insulting nicknames he was given:

“This gloomy ruler has three names: “The first name is Yaldabaoth (child of the void). The second is Saklas (the fool). The third is Samael (god of the blind).

He is wicked because of the Mindlessness that is in him. For he said, ‘I am God, and there is no other God besides me,’ since he did not know from where his own strength had come.”1

JEHOVAH AND THE LAW OF THE JUNGLE

The Demiurge may be forgiven this failure to examine his origins, for they point to a painful paradox inherent to dissipative systems, to wit:

The creator “god” of the bible is not the supreme being, but a tribal deity who exists wholly within the confines of space, time and matter as a predatory superorganism.

Thus – just like any other parasite –  the Demiurge must harness energy degradation across a gradient flow in order to maintain his own structure.

In other words, even the creator “god” of the Bible has to eat or die.

That in itself is hardly remarkable – the world is filled with polytheistic cultures, and gods (both malevolent and benevolent) who feed on blood and worship. What makes the Demuirge so uniquely insane and dysfunctional is this:

Unlike the sacrifical gods of polytheistic cultures the Demiurge recognizes no other source above himself – he thinks that he himself is the Supreme Being.

Thus, from his point of view, there is no such thing as a free lunch – the law of the jungle is all that there is.

As the second law of thermodynamics notes, the overall disorder of any given system will always increase over time as the system seeks equilibrium – thus, meat rots, rocks roll downhill and machines wear out.

When the Big Bang introduced space, time and matter into existence, our infant universe – which was, at least for moment, a trillion times smaller and denser than the head of a pin – was also quite orderly. Nothing to do and nowhere to go – nothing existed but photons, or light particles.

This primitive state of order was only temporary, however; almost instantly, the universe exploded outwards, spawning billions and billions of suns, solar systems and even entire galaxies as it expanded and cooled.

Even as it inflated wildly, our universe had already begun dying, sliding towards inevitable (and unglamorous) heat death. One day, billions of years from now, there will be nowhere left to go, no more energy left to use up and nothing left to grow or create. The universe will stop spreading outwards, the stars will burn out, and life will quietly and gently extinguish itself.

The idea that our universe is nothing more than a giant spring winding down introduces a paradox. Why do we see evidence of increased order and increased complexity all around us, if the creation we know is ultimately based on the degradation of energy? Whence cathedrals, computers, the evolution of life itself?

The answer is that ecosystems, civilizations, living beings and even gods are all examples of dissipative systems – complex networks of interlocking processes which take far more energy to build and maintain than they generate.

These small pockets of order are anomalies, tiny islands of negentropy in a vast ocean of chaos; the more complex a given phenomenon, the more energy it must consume in order to maintain its identity and so, the more disorder it creates in the long run.2

Life’s order is characterized by… the spontaneous development of self-organized order among ensembles that can neither be predicted nor explained by examining component parts in isolation. Spontaneity and self-organization mean that no external agent is sculpting the organism: it sculpts itself.1 http://jap.physiology.org/content/104/6/1844 [↩]

Self-organization is more likely to be achieved in undirected states, such as meditation, fantasy, or reverie, that border on waking. Dreaming serves to loosen associations lest they become obsessively tight. Francis Crick theorized that we dream in order to forget. Dreaming may be our most creative conscious state, one in which the chaotic, spontaneous recombination…

Reprint of an article originally published in New Dawn Magazine #110, expanded and revised with original illustrations. A fascinating survey of alternative human origins theories and their links to Gnostic mythology!

Philosophers call God ‘the great unknown.’ ‘The great misknown’ is more like it!

I think there are innumerable gods. What we on earth call God is a little tribal God who has made an awful mess.

If someone were to prove to me – right this minute – that God, in all his luminousness, exists, it wouldn’t change a single aspect of my behavior.

To speak of God, to think of God, is in every respect to show what one is made of. I have always wagered against God and I regard the little that I have won in this world as simply the outcome of this bet. However paltry may have been the stake (my life) I am conscious of having won to the full. Everything that is doddering, squint-eyed, vile, polluted and grotesque is summoned up for me in that one word: God!