The Creation of Chaos 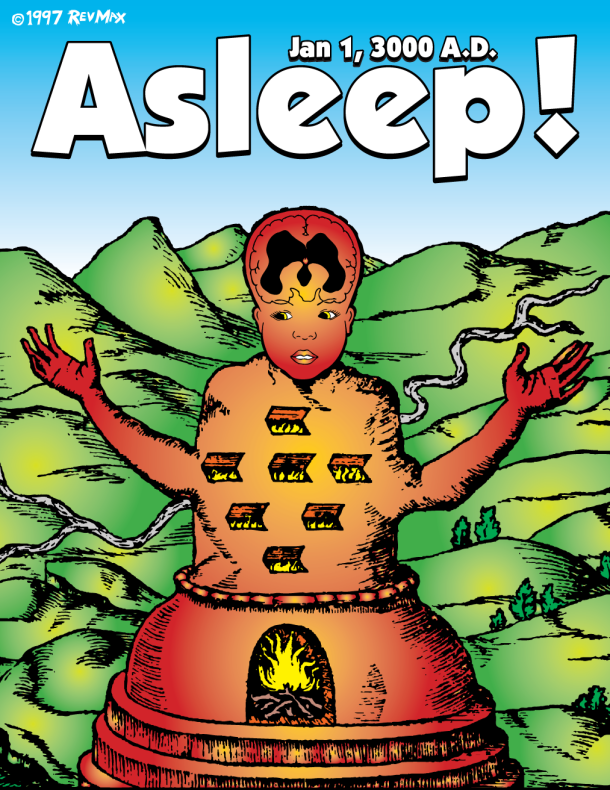 The Demiurge Emerges fron the Darkness

At the beginning of time, Sophia (the world soul) broke away from Christ (the world spirit) and gave birth to Yaldabaoth, the arrogant creator-god of the Old Testament.

The exact process by which this cosmic fiasco occurred was the subject of much debate among the gnostics; in perhaps the oldest version of the story, Sophia’s desire somehow veiled infinity, casting a murky shadow which congealed into a dark ocean set apart from the realm of light:

“A veil exists between the World Above and the realms that are below; and Shadow came into being beneath the veil; and that Shadow became Matter; and that Shadow was projected apart. And what she [Sophia] had created became a product in the Matter, like an aborted fetus.”1

The pool of darkness transformed into a yawning abyss of chaotic energy and began to produce terrible, half-formed mutants:

“[And] as for the shadow, the powers which came into being after [it] called it “the limitless Chaos.” And out of it every race of gods was brought forth, both one and the other and the whole place…”2

“The universe is not born of the design or act of a genetic God, particularly since the genetic God in…

The Second Law of Thermodynamics

“The deep structure of change is decay. What decays is not the quantity but the quality of energy. [High quality…

[Artists] love to immerse themselves in chaos in order to put it into form, just as God created form out of chaos in Genesis. Forever unsatisfied with the mundane, the apathetic, the conventional, they always push on to newer worlds.

One must still have chaos in oneself to be able to give birth to a dancing star.

Everybody’s a mad scientist, and life is their lab. We’re all trying to experiment to find a way to live, to solve problems, to fend off madness and chaos.

Chaos is a name for any order that produces confusion in our minds.

For life is at the start a chaos in which one is lost. The individual suspects this, but he is frightened of finding himself face to face with this terrible reality, and tries to cover it over with a curtain of fantasy, where everything is clear. It does not worry him that his ideas are not true; he uses them as trenches for the defense of his existence, as scarecrows to frighten away reality.

But my dear man, reality is only a Rorschach ink-blot, you know.