The Barbelo : Womb of the Universe 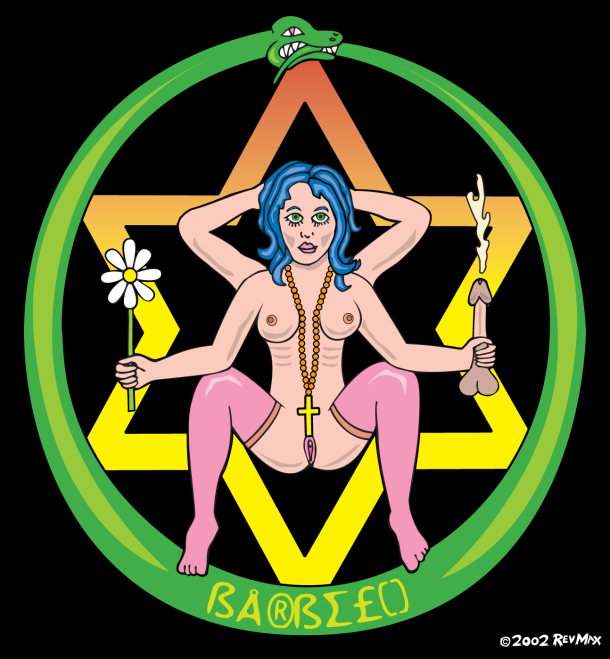 The Barbelo : Womb of the Universe

BIRTH OF THE BARBELO

A convention common to many ancient philosophical speculations was the designation of deities as male and their thoughts as female. Neither, in this sense, is truly separable from the other; they exist in eternal androgynous union, each defined by the other’s presence.

According to the Secret Gospel of John, the Alien God’s companion was a goddess named “the Barbelo,” born when the Alien God saw his own reflection in “the water of life” and fell in love.

“His thought became active,” Secret John tells us, and Barbelo emerged from this “luminous water” as the Alien’s God’s “first Thought… She became the universal womb, for she precedes everything.”1

ROLE OF THE BARBELO

If the Alien God is nothing, consciousness without separation, timeless and unchanging, then the Barbelo is everything, infinite consciousness overflowing into multiplicity, the mind of God at play with itself.

Barbelo serves as the active, energetic complement to the Alien God’s passive principle of potential form; as the driving force behind creation, she represents fertility, birth and dynamic growth:

CONSORT OF THE ONE, MOTHER TO THE MANY

Like the Hindu Kali, Barbelo embodies a paradox; even as existence manifests itself through her, she never forgets that it is all nothing but maya, the shadowy illusion of an ephemeral dream:

“O first shadow of the holy parent, light from light,
We praise you.

O you who produce perfect beings and who are a cause of aeons,
You yourself have beheld those which are eternal,
for they derive from a shadow.

You are One belonging to the One:
and you derive from its shadow.

You are a concealed aeon:
you are a world of gnosis;

For, you understand that those which belong to the One
derive from a shadow,
And these are yours in your heart.”3

Perhaps the closest modern parallel to these ideas may be found in the “inflationary model,” or the idea that our universe – and the big bang which preceded it – emerged as the result of a “quantum fluctuation” in the primeval cosmic vacuum.

In quantum physical terms, a vacuum is neither empty nor unchanging, but “a miniature universe quietly bubbling with its own inherently unstable energy” 4  – an eternally replenished source of “virtual particles” which pop in and out of existence like the bubbly effervescence dancing on the surface of a carbonated beverage.

If inflationary cosmologists are correct, it may be that our own universe began when one of these “bubbles” took on a life of its own and became real, peeling off from the vacuum to expand into an entire universe of its own:

“…in the bizarre realm of quantum cosmology, no energy is stolen from the primordial vacuum; it is simply in a different form than it was before. All the matter in our universe consists of positive energy, which is apparently balanced by the negative energy of gravity. The total energy of the universe, therefore, could be exactly zero. As quantum cosmologist Alan Guth, one of the developers of this concept, once remarked: “Our universe seems to be the ultimate free lunch.”5

DID THE UNIVERSE CREATE ITSELF?

Richard Gott and Li-Xin Li of Princeton University suggest that the “mother universe” somehow gave birth to itself when one if the universes it created looped back in time to produce it:

“Linde has shown that inflating universes can give rise to baby universes with the baby universes budding off like branches from a tree. But one might ask: “Where does the trunk come from?” Li and I propose that one of the branches simply loops around to become the trunk… In this model – an alternative to the tunneling from nothing idea – the universe is its own mother….”6

In this scenario, the mother universe exists as a “closed timelike curve,” an “eternal cluster of galaxies” where time repeats itself in a great, cosmic case of deja-vu; “This first universe created itself and was its own mother, making the first matter in some way we will never be able to know,” Gott suggests.7

…the future of the cosmos is perhaps bright and fecund, but do not bother asking about going any deeper into…

Quantum fluctuations are, at their root, completely a-causal, in the sense that cause and effect… is not a part of…

The modern physicist is a quantum theorist on Monday, Wednesday, and Friday and a student of gravitational relativity theory on Tuesday, Thursday, and Saturday. On Sunday he is neither, but is praying to his God that someone, preferably himself, will find the reconciliation between the two views.

God runs electromagnetics by wave theory on Monday, Wednesday, and Friday, and the Devil runs them by quantum theory on Tuesday, Thursday, and Saturday.

The distinction between the past, present and future is only a stubbornly persistent illusion.

If time is not real, then the dividing line between this world and eternity, between suffering and bliss, between good and evil, is also an illusion.

There are as many pillows of illusion as flakes in a snow-storm. We wake from one dream into another…

There was a young lady named Bright,
Whose speed was far faster than light;
She started one day
In a relative way,
And returned on the previous night.