Secrets of the Serpent Savior 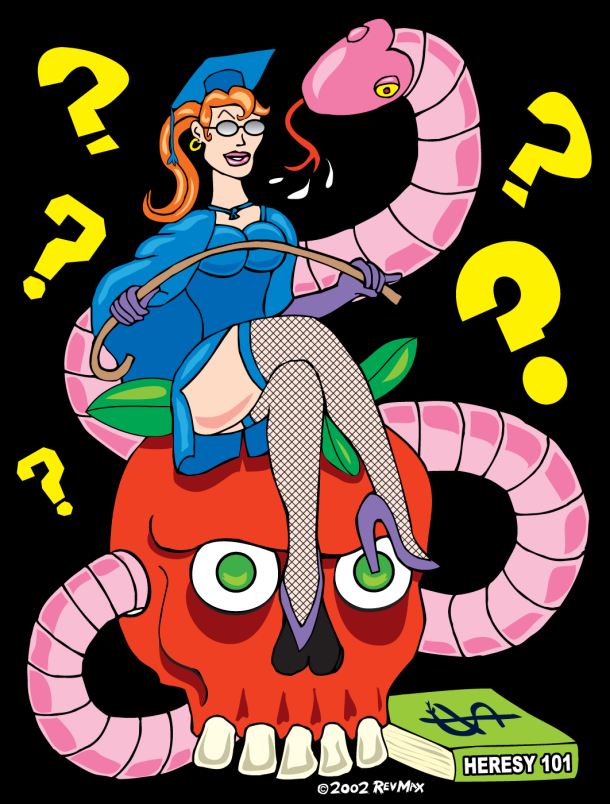 Disgusted by the Rulers’ antics, Sophia sent a slithering spirit to help the hapless humans: a divine messenger known as the “Instructor” or the “female spiritual principle.”

This slithering spirit (also known as “the serpent” in the Old Testament) descended to the earth and took residence in the Garden of Eden – not on the ground or in a tree, but right inside Adam and Eve themselves, wriggling and twisting just below their stomachs:

“Some of them say that the serpent was Sophia herself; for this reason it was opposed to the maker of Adam and gave knowledge to men, and therefore is called the wisest of all [Gen. 3:1]. And the position of our intestines through which food is taken in, and their shape, shows that the hidden Mother of the shape of the serpent is a substance within us.”1

In yogic thought, this inner serpent is called the kundalini – a sleeping goddess who lies coiled up and concealed at the base of the human spine.

Through meditation and breathing exercises, the kundalini serpent is aroused and made to climb through the body’s energy channels until she finally reaches the dome of the skull.

There she opens the third eye, connecting the practitioner to the hidden world of the gods and bestowing spiritual liberation.

“A Tantric yogi sees the great Mother present within his human body as the Kundalini. She lies hidden by her self-created ignorance, like a snake, coiled and fast asleep…at the bottom of the spinal cord. Through [meditation], the Tantric awakens the Mother and rouses her to go upward… the Tantric experiences such supreme bliss that his mind cannot contain the small ego-consciousness and [he] becomes illumined…”2

Orgonomics, Armoring and the Garden of Eden Myth

The “subtil serpent” or, we may say the perceptive penis, where sensation is most acute, tempted man to eat of the tree of knowledge of good and evil. Gerhard von Rad feels that the expression, “of good and evil,” is a subsequent addition and refers simply to knowledge of everything or all things. (Footnote 4)…

The Lord of the Garden

CAMPBELL: The serpent, who dies and is resurrected, shedding its skin and renewing its life, is the lord of the central tree, where time and etemity come together. He is the primary god, actually, in the Garden of Eden. Yahweh, the one who walks there in the cool of the evening, is just a visitor.…

I would not for a moment have you suppose that I am one of those idiots who scorns Science, merely because it is always twisting and turning, and sometimes shedding its skin, like the serpent that is its symbol. It is a powerful god indeed but it is what the students of ancient gods called a shape-shifter, and sometimes a trickster.

The snake that cannot shed its skin perishes. So do the spirits who are prevented from changing their opinions; They cease to be spirit.

I fart for joy and I laugh more than if I had cast my old age, as a serpent does its skin.

If you don’t like your own character there may be a new one ready-made and waiting for you. The snake sheds its skin with impunity, relying on the same nature which you rely on.