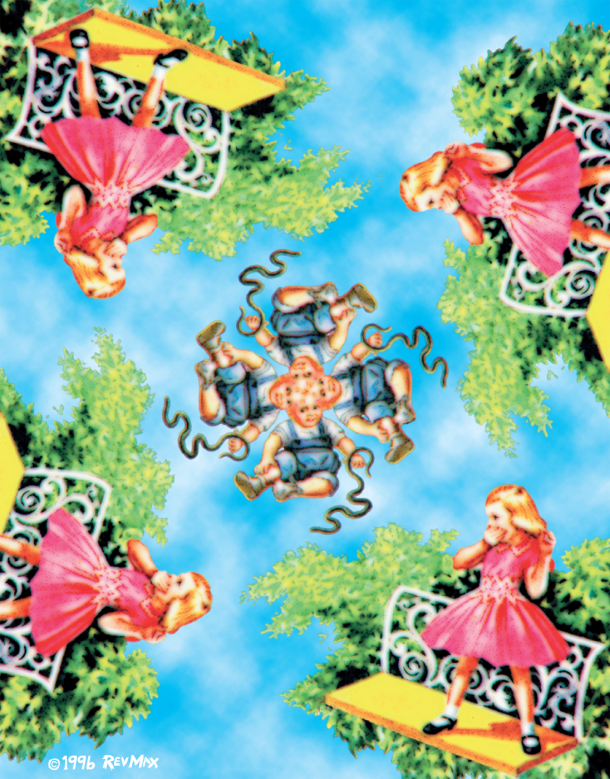 Reverse Psychology of the Gods

Hoping to keep mankind ignorant, the Archons warned Adam and Eve not to eat from the Tree of Knowledge:

“Then the seven took counsel. They came to Adam and Eve timidly. They said to him… “Every tree which is in Paradise, whose fruit may be eaten, was created for you. But beware! Don’t eat from the Tree of Knowledge. If you do eat, you will die.” After they gave them a great fright, they withdrew up to their Authorities.”1

Unfortunately for the bumbling Archons, the “Hidden God” had tricked them into using reverse psychology; thus, Adam and Eve would eat from the tree and see the Rulers for what they are: animal-headed aliens bent on enslaving humanity!

“[The Rulers] do not understand what they have said to [Adam]; rather, by the Father’s will, they said this in such a way that he might in fact eat, and that Adam might not regard them as would a man of an exclusively material nature.”2

Given that human and rat brains have a lot of similarities (they share the same basic anatomy and use the same neurotransmitters), a question naturally arose: if Toxoplasma can alter the behavior of a rat, could it alter a human? Obviously, this manipulation would not do the parasite any good as an adaptation, since it's…

Guided rats – so-called ratbots – controlled through implants in their brains could one day be used to search for landmines or buried victims of earthquakes, scientists say. The extraordinary experiment involves researchers steering five rats through an obstacle course by remote control. Writing in the journal Nature, they say the ratbots could reach places…

Stories of reversibility are always the funniest, like the one about the rat and the psychologist: the rat tells about how he ended up by perfectly conditioning the psychologist to give him a piece of bread every time he lifted the gate of his cage. Based on this story you could imagine, on the level…

If the phenomenon is forcing us through a learning curve, then it has no choice but to mislead us. When Skinner designs a machine that feeds a rat only when the right lever is depressed, this is extremely misleading for the rat. But if the rat doesn’t depress the correct lever, he becomes extremely hungry.…

How awful to be caught up in the terrible squirrel cage of self.

The trouble with the rat race is that even if you win, you’re still a rat.

We’re all of us guinea pigs in the laboratory of God. Humanity is just a work in progress.

To be human is to keep rattling the bars of the cage of existence hollering, ‘What’s it for?’