Hidden History of the Flood 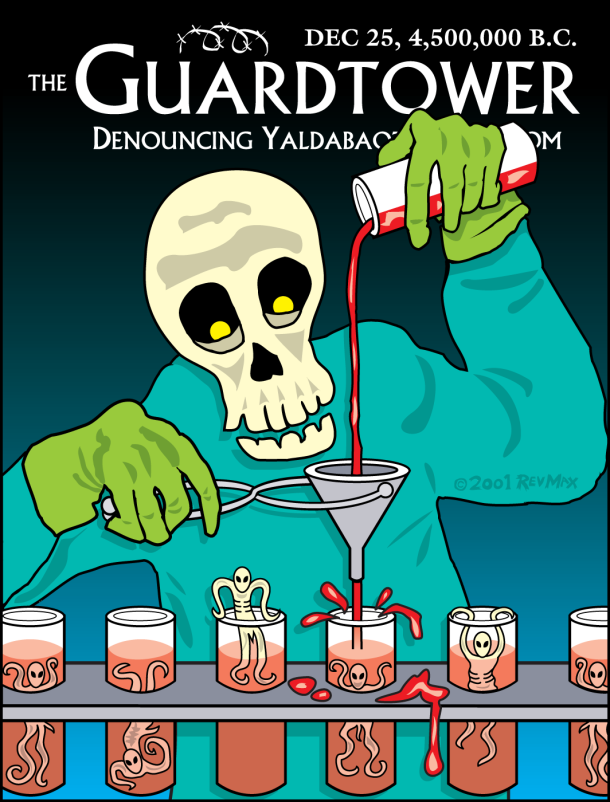 Almost every culture on Earth has some sort of flood myth – and the same haunting feeling accompanies them all, the same nagging suspicion that something so traumatic as to be almost unbearable might actually have happened.

Intense trauma can sometimes hide itself from awareness by short-circuiting the memory; this may be why so many of these stories also seem to imply a sort of collective amnesia, a loss of historical memory which “protects” the human race from ever knowing the terrible truth.

In the Sumerian version of the flood myth, humanity was created to toil for the benefit of angelic overlords known as the “annunaki,” unruly aliens who both mated with and fought over their creations. Certain annunaki sided with humanity, provoking an uprising; other annunaki responded with the flood in an attempt to reassert control.

In the version of the flood myth recorded in the Jewish scriptures many hundreds of years later, we learn that fallen angels called “the sons of God” came to the earth to mate with human women and produced the Nephilim, cannibalistic giants who ravaged the earth and performed unnatural acts with farm animals.

According to Genesis 6:6, the Nephilim damaged the human genepool so terribly that God decided to exterminate all life on the planet and start over.

The gnostic texts of the early Christian era describe the Biblical creator gods as “archons”, unscrupulous aliens who seeded the planet with life only so that they could exploit it.

According to the myths of the Ophites, the chief archon (identified here with the creator god of the Old Testament) saw that humanity had the potential for divinity, and so decided to drown them:

“[Yaldabaoth] was angry with men because they did not worship or honor him as Father and God; he sent a deluge upon them to destroy all of them at the same time. But Sophia withstood him… and saved those who [had] the moist nature of that light which originated from her; through it the world was again filled with men.”1

Other gnostic myths tell of Eve’s daughter Norea, a virgin who who bore the imprint of divinity. Her mere existence threatened the archons, who resolved to exterminate all life on earth in a flood; as the disaster unfolded, the archons tried to rape Norea and save Noah, but Norea breathed fire, burned Noah’s ark to the ground, and escaped on the wings of angel instead.

But the gnostic myths were not consistent. The Secret Gospel of John, for example, has Noah as the hero who leads gnostic humanity to safety in a “cloud of light”; here the idea was that the “flood” was actually some sort of amnesia-inducing beverage:

“The human beings were made to drink water of forgetfulness by the Chief Ruler so that they would not know from where they had come. For a while the seed of light was cooperative.”2

The Secret Gospel of John also gives a slightly different version of the “Nephilim” story, one in which the fallen angels corrupt humanity after the Flood, not before. Thus most humans were hopelessly entangled in the Rulers’ schemes, forever prevented from remembering their hybrid origins.

THE WTC OF THE ANCIENT WORLD

An epilogue to these events is recorded in the Bible, where the archons descend to the Earth themselves to confuse humans powers of communication and so halt the construction of the Tower of Babel.

One wonders if this could this be why issues of memory and ancestry figure so prominently in all versions of the flood myth – the confusing lineage of the story itself?

Immanuel Velikovsky believed that humanity as a whole had been so thoroughly traumatized by the succession of these events that modern man’s overall disposition was that of a mental patient who had no recollection of what had happened, but who behaved irrationally and even self-destructively in the process of repeatedly “acting out” or re-creating those…

Ancient flood myths may have a basis in geological history

10,000 years ago, at a time when humans recorded historical events by telling mythical stories that got passed from one generation to the next, huge parts of the North American continent were deluged by massive walls of water. They were, as geologist David R. Montgomery writes in this month’s Discover magazine, “Biblical-type floods.” Huge regions…

First, let us assume… that a series of cataclysms… did occur, that mankind was exposed to these terrible events and that some of them lived to deal with the consequences, particularly the emotional consequences. Second, let us assume that after a time memories of the experience, as well as the intense feelings stirred up by…

A series of experiments on how panicked mice escape an enclosed area shows that they behave in much the way computer models predict that panicked humans would. This verification provides important new information for preventing future human disasters, the study's authors say. Disasters such as the May 2001 stampede at a football stadium in Ghana…

Once upon a time Khidr, the teacher of Moses, called upon mankind with a warning. At a certain date, he said, all the water in the world which had not been specially hoarded, would disappear. It would then be renewed, with different water, which would drive men mad.

Only one man listened to the meaning of this advice. He collected water and went to a secure place where he stored it, and waited for the water to change its character.

On the appointed date the streams stopped running, the wells went dry, and the man who had listened, seeing this happening, went to his retreat and drank his preserved water.

When he saw, from his security, the waterfalls again beginning to flow, this man descended among the other sons of men. He found that they were thinking and talking in an entirely different way from before; yet they had no memory of what had happened, nor of having been warned. When he tried to talk to them, he realized that they thought that he was mad, and they showed hostility or compassion, not understanding.

At first, he drank none of the new water, but went back to his concealment, to draw on his supplies, every day. Finally, however, he took the decision to drink the new water because he could not bear the loneliness of living, behaving and thinking in a different way from everyone else. He drank the new water, and became like the rest. Then he forgot all about his own store of special water, and his fellows began to look upon him as a madman who had miraculously been restored to sanity.