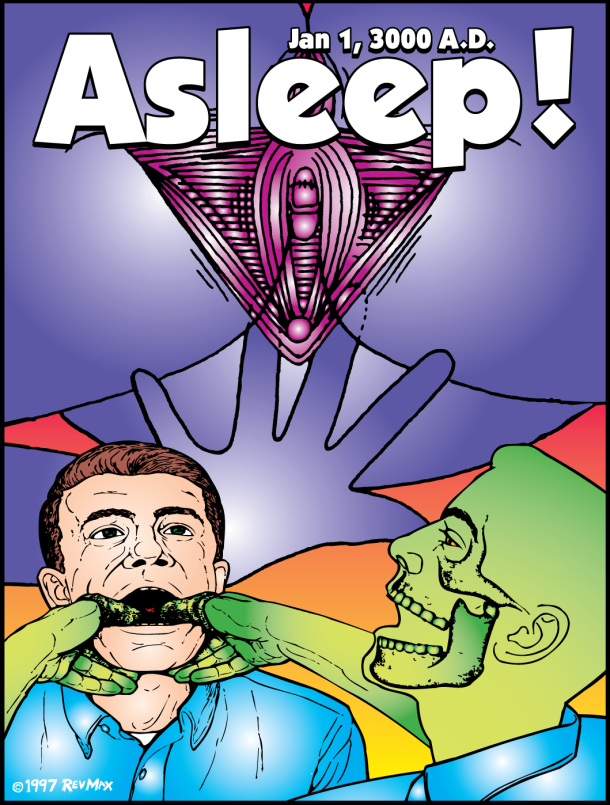 Sophia Revelaed to the Archons

When he had finished creating the physical universe, Yaldabaoth boasted to the angels beneath him, demanding that they worship him as the supreme being:

“[Yaldaboth] said… ‘I am a jealous God, and there is no other God besides me.’ But by making this announcement, he suggested to the angels with him that there is another God. For if there were no other God, of whom would he be jealous?”1

Angered by Yaldabaoth’s ignorant boasting, and saddened by the blemish his creation had become, Sophia warned him of an immortal, androgynous human who would one day descend to destroy him:

“…when [Sophia]saw the impiety of the chief Ruler, she was angry. Without being seen, she said, ‘You err, Samael,’ i.e., ‘the blind god.’ ‘An enlightened, immortal man exists before you. He will appear within your molded bodies. He will trample upon you as potter’s clay is trampled. And you will go with those who are yours down to… the abyss…’

After [Sophia] said these things, she revealed the likeness of her greatness in the waters…”2

As Sophia revealed her reflection, the archons were filled with the desire for something they could grasp only by proxy – spiritual knowledge:

“As Sophia looked down into the region of the Waters, her Image appeared in the Waters; and the Authorities of the Darkness became enamored of her. But they could not lay hold of that Image which had appeared to them in the Waters, because of their weakness – since beings that merely possess a soul cannot lay hold of those that possess a spirit; for they were from below, while it was from Above. And thus she withdrew up to her light.”3

Do We Live in the Matrix?

Unfortunately, our almighty simulators may… have programmed us into a universe-size reality show — and are capable of manipulating the…

Delusions of the Ego

Our ego – in this context, the neurotic mind that grasps onto a solid sense of self-identity for support –…

We (the undivided divinity within us) have dreamt the world. We have dreamt it as firm, mysterious, visible, ubiquitous in space and durable in time; but in its architecture we have allowed tenuous and eternal interstices of unreason which tell us it is false.

We are in a maze… which we built and then we fell into and can’t get out… We did it voluntarily; were we such good builders that we could build a maze with a way out but which constantly changed so that, despite the way out, in effect there was no way out for us because the maze – this world – was alive…

We are all gods, with the knowledge of gods, we are all omniscient, except for the fact that we are so damn stupid.